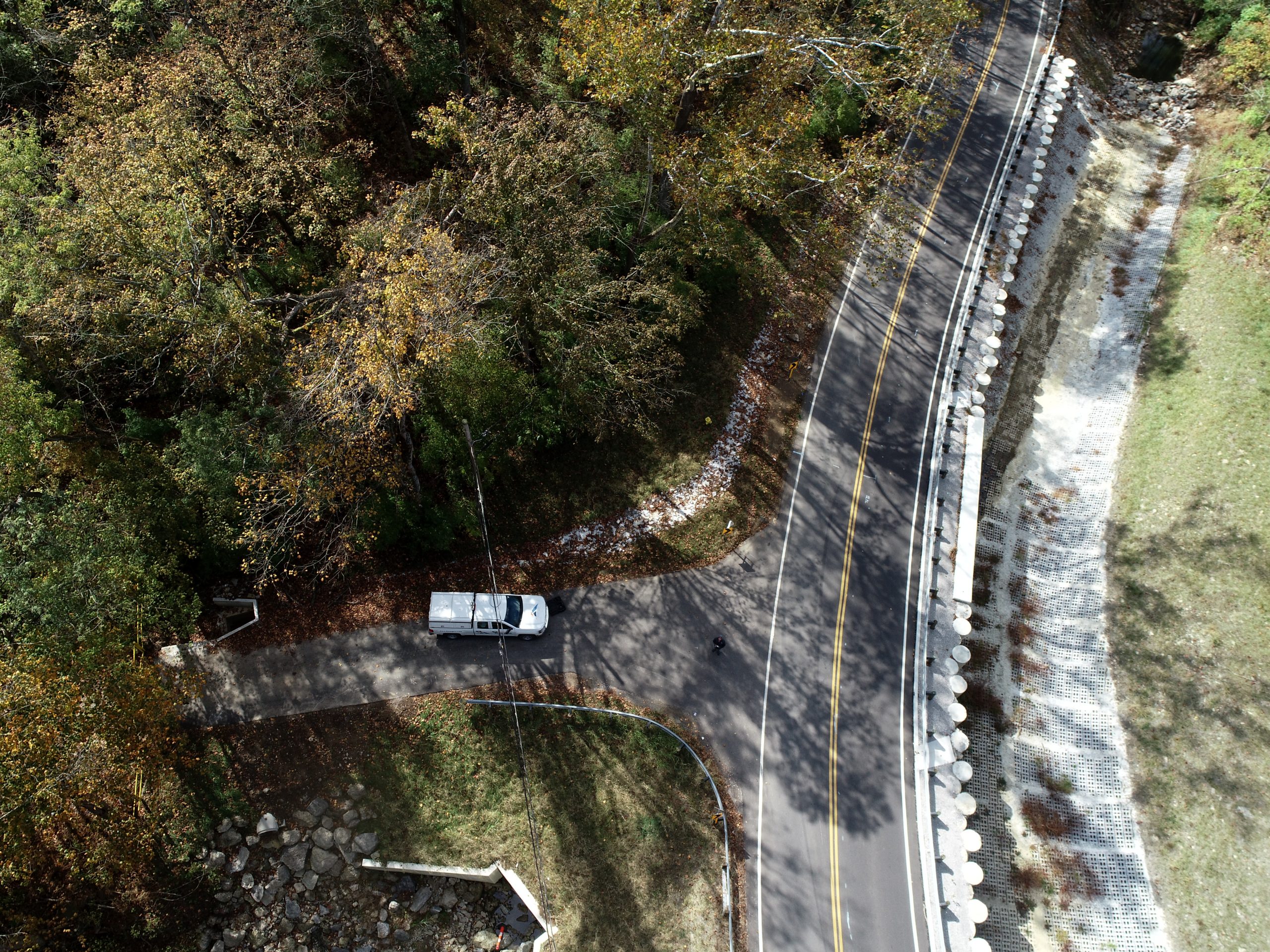 Van Blaricum Road is a two-lane asphalt road on hilly terrain, located in Green Township, Hamilton County, Ohio. An unnamed tributary stream runs parallel along the west side and is near the road in a relatively deep ravine. An unnamed tributary running from east to west crosses the road via the existing culvert. The culvert crossing is on a sharp horizontal curve with vertical grades of about nine percent sloping downward from north to south. On April 17, 2017, heavy rains during an extreme precipitation event caused the embankment and culvert crossing of Van Blaricum Road to collapse, taking with it a large portion of the southbound lane of the two-lane road. The damage to the site was so extensive that it left a sinkhole approximately 45-ft in diameter and 20-ft deep.

Along with the evaluation of existing conditions, the design team began peeling the different layers of designs and repairs performed over the years by the County to address various maintenance and erosion issues at the project site. Document examination confirmed that the sharp curvature in the road and the paralleling stream near the culvert crossing had been an ongoing and costly maintenance issue in the past. The status of the existing stormwater system, before its failure, was examined and found to be in good condition. A detailed hydraulic analysis of the existing stormwater system did not find any design deficiencies either. All of the measures taken in the past to address bank erosion had followed adequate design guidelines and procedures.

Repairing the existing infrastructure and damaged roadway seemed to be the fastest and most economical way to move forward. However, further investigation of hydrological data in Ohio led the team to believe that there were substantial environmental changes that may have significantly contributed to the increased risk of flooding and likely caused the catastrophic failure at this location. Information published by NOAA (National Oceanic and Atmospheric Administration) shows that Ohio has experienced a significant increase in the number of extreme precipitation events. Published data from NOAA also show that precipitation in the spring months in Ohio is projected to increase by 10 to 15 percent in the future. Current trends seem to support these predictions as Ohio experienced the wettest year on record in the last 124 years.

The design team determined that to provide sustainable and long-lasting design solutions for the changing environment and for public safety, it is imperative to uncover the vulnerabilities of past design practices,  primarily due to the observed and predicted changes in the environment. Based on our investigations, the team concluded that the combination of a heavily forested watershed combined with more frequent intense storms have contributed to a substantial increase in the amount of mobile debris and likely partially or wholly clogged the existing 84-inch CMP culvert crossing the road which subsequently results in its failure. The combination of wetter springs and more frequent intense storms were also likely contributors to the persistent stream bank erosion problems at this location. Although debris, clogging, and erosive velocities have been included in past designs, recent changes in the environment in Ohio and elsewhere, have exacerbated their effects on existing vulnerable infrastructures.

The design team explored three design solutions for this project, which included repairing the existing system (with the exception that CMP conduits would be substituted with reinforced concrete pipe). Both of the other two alternative solutions involved restoring the existing stream to its initial natural open channel status and softening of the curvature of the channel to minimize the effects of bank erosion. One of the latter options (i.e., open channel options) proposed an 84-inch reinforced concrete pipe, and the other replaced it with a 12-ft by 8-ft, four-sided reinforced concrete box culvert. The U.S. Army Corps of Engineers, Hydraulic Engineer Center’s HEC-RAS River Analysis System was used to model all three options. The exasperated effects of debris due to the more frequent intense storms were hydraulically modeled by clogging the model opening by various degrees ranging from 25% to 75%.

The findings indicated that all of the three hydraulic systems investigated (including the existing system) met current design standards; however, when clogging was considered, culverts with the 84-inch opening failed by causing overtopping. This result again was a re-affirmation of the team’s initial observation. The final recommendation was to implement a 12-ft by 8-ft, four-sided reinforced box culvert with headwalls crossing the road. To address bank erosion, the team explored various options ranging from adding bank erosion protection (Riprap) to various retaining wall structures. Analysis of the soil borings at the project site revealed that the entire project site was located on a Cape formation interbedded with shale, lime, and slate, making it susceptible to slides. After investigating the site for susceptibility to slides and considering past persistent bank erosion, the team concluded that Drilled Shaft Cantilever Retaining Walls with plug piles would address both the slide and erosion problems and provide for a lasting solution with minimum demand for future costly maintenance repairs. A total of 360-ft of retaining wall was recommended for the project.

In addition to permitting requirements, the restoration of the channel to its original natural status generated steep channel bottom grades. With channel grades nearing 8%, channel water velocities reached very highly and erosive velocities of 20 feet per second. Various rock sizes were investigated for stability. Calculations showed that the typical size riprap would be unstable. After consideration of various options available, the project implemented CONTECH’s Armorflex, Class 40T erosion protection mat. Armorflex was also recommended because of its ability to support vegetation, which enhances natural aquatic habitat. The combination of removing the closed stormwater system built in the channel, the restoration of the channel to its natural condition with erosion protection suitable for vegetation growth, the team was able to meet the design goals and address environmental sustainability.

The Kleingers Group team, working with the Hamilton County Engineer’s Office identified the risks of traditional designs and explored new opportunities for improvements and recommended infrastructure design solutions that withstand the future more torrential storms. The observed increase in average precipitation and frequency of extreme storm events in Ohio questions the adequacy of our past storm infrastructure design practices and brings forward the notion that traditional stormwater infrastructure design practices of decades past may no longer be an adequate guide for the future. With the changing in environment, stream crossings with relatively heavier wooded watersheds are becoming more prone to clogging due to debris. The combination of wetter future springs and more frequent extreme storm events are making stream banks more susceptible to erosion and subsequent premature failure.

This project demonstrates that efforts, such as modifying transportation infrastructure to withstand the floods of the future and establishing early emergency planning, would be far less costly in the long run to implement now when compared to washed-out roads, culverts, and bridges, or lost property and lives. Identifying vulnerable infrastructures, due to the changing environment, and planning funding mechanisms and solutions will better serve our communities. The time is now to develop smart future planning and engineering solutions to address future storms and public safety. 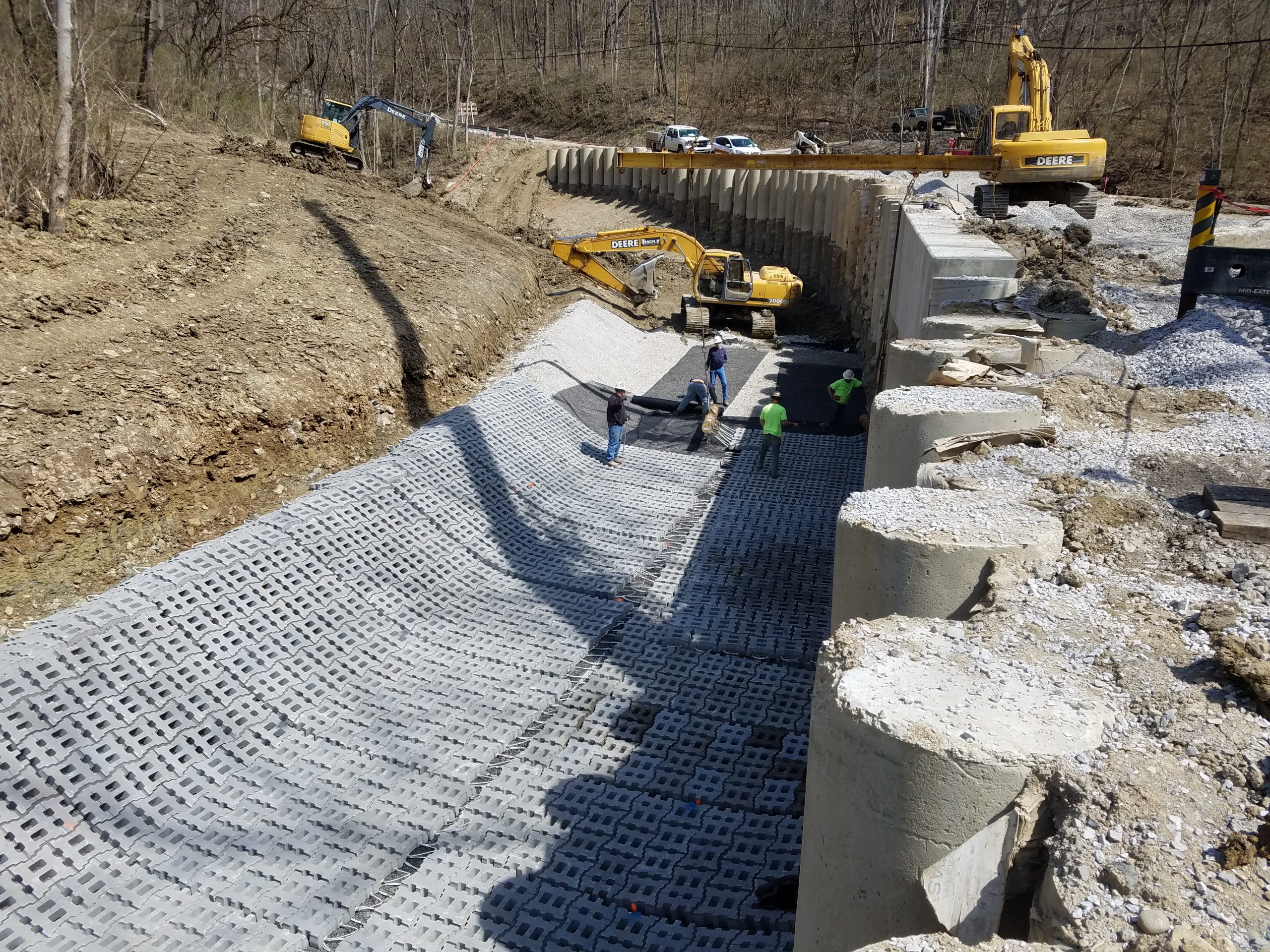 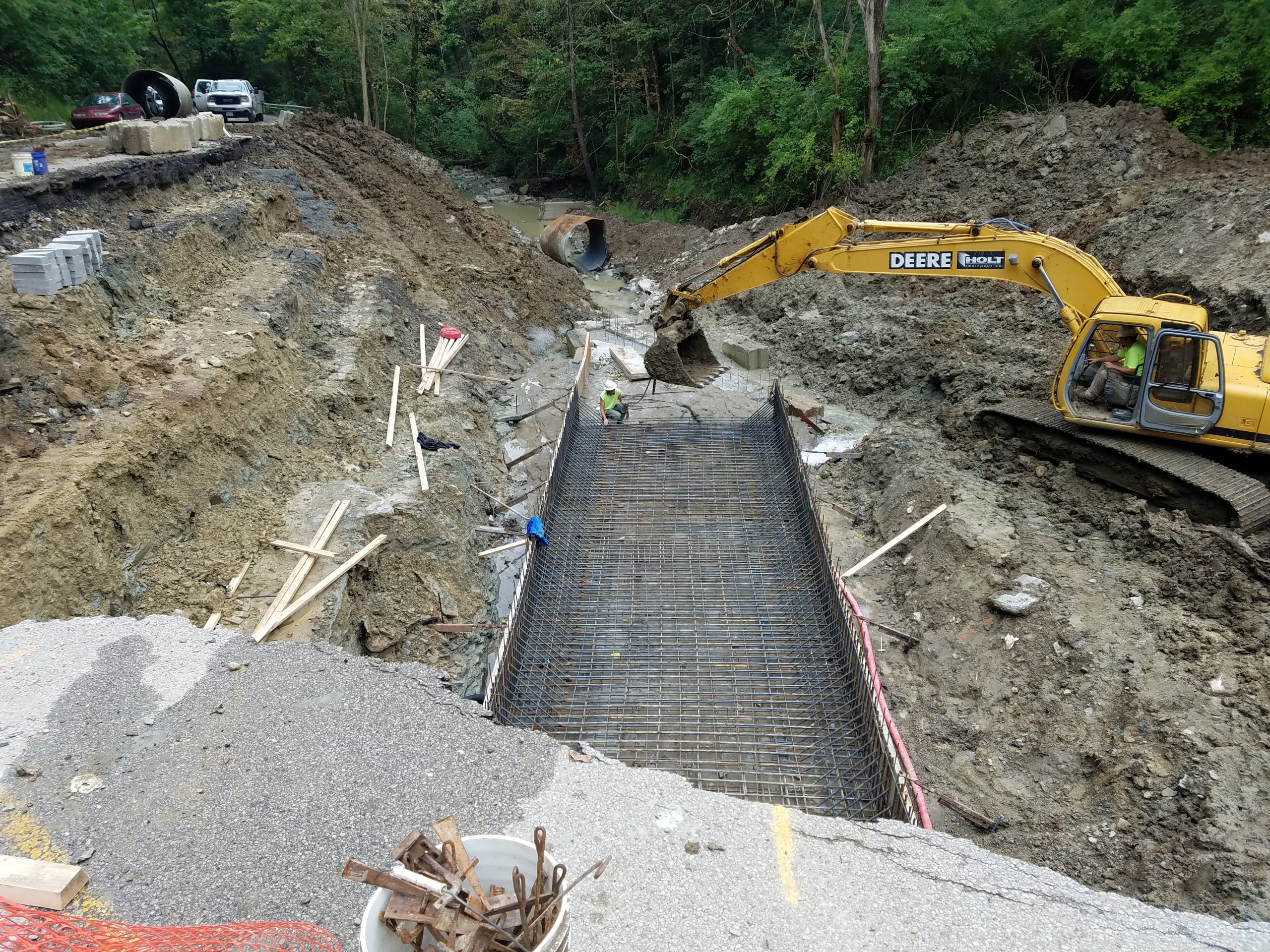 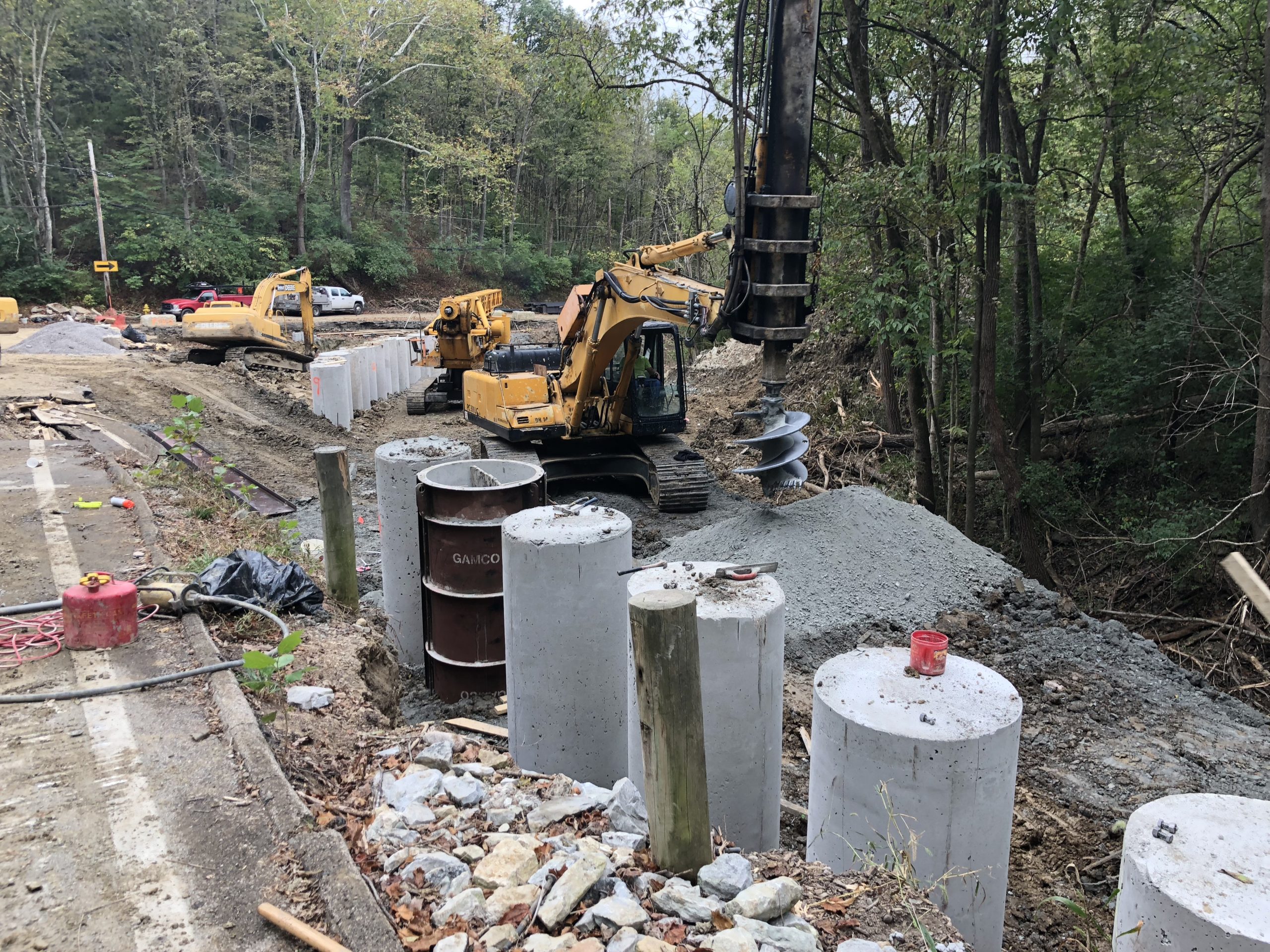